Jeans for Genes awareness in school.

Last month I had the privilege of delivering an assembly and some workshops about genetic disorders at my children’s primary school.

The impetus came from the Jeans for Genes yearly fundraiser for the charity Genetic Disorders UK. I approached the school about joining the fundraising and offered my services to make the children and staff aware of why they had been asked to wear jeans and bring a pound to school.

I started with an assembly for the children in KS2. The children helped with the sound effects as we ‘zoomed’ into the microscopic parts of our bodies where our cells reside!

I explained how our genes are like a storybook with lots of sentences with information about what we grow into, and how our storybooks are made from pages from our parents’ storybooks. I also had the enormous advantage of having my own little storybooks in the audience, who came to the front and we looked at what we had in common and what we had that was different!

Once the children understood that we all have genes, I used the video-stories from the Jeans for Genes resources website to introduce them to Max, a 6 year old boy with a genetic disorder that affects his hair, teeth and sweat glands. The clip was great for bringing the science to life, and Max was such an engaging and joyful little boy that the children could easily see that genetic disorders were nothing to be scared about.

We finished with a discussion how we could make sure that children like Max could be supported, befriended and included at school and not made to feel different in a bad way.

I also did some workshops with the children in years 4, 5 and 6. In these we went further into the detail of how genes work, and talked about proteins in out bodies. We looked at the Jeans for Genes video-story made by Tamilore and his family about Sickle Cell anaemia to show that some genetic disorders are not as visible, but nonetheless those people need just as much support and understanding from their friends at school. The children did some small-group work to discuss what traits they had inherited and what sort of processes were going on in their bodies that they couldn’t see. There were lots of interesting questions raised and some intriguing ideas!

In one of the classes, there was a child with a genetic disorder, and with her and her parents permission, I spoke to her class about the specifics of her condition and how best to support and encourage her. We called her a genetic superstar and she told me afterwards that it was…’great’!

The children all took away the message that we all have an awful lot of things going on in our bodies, and that we are all amazing! They understood that if someone has a genetic disorder, its not their fault, and they are equally amazing! It was all in all a wonderfully positive experience. Moreover, I have had parents come up to me since then to tell me how their children had told them all about it, so the message got spread even further! 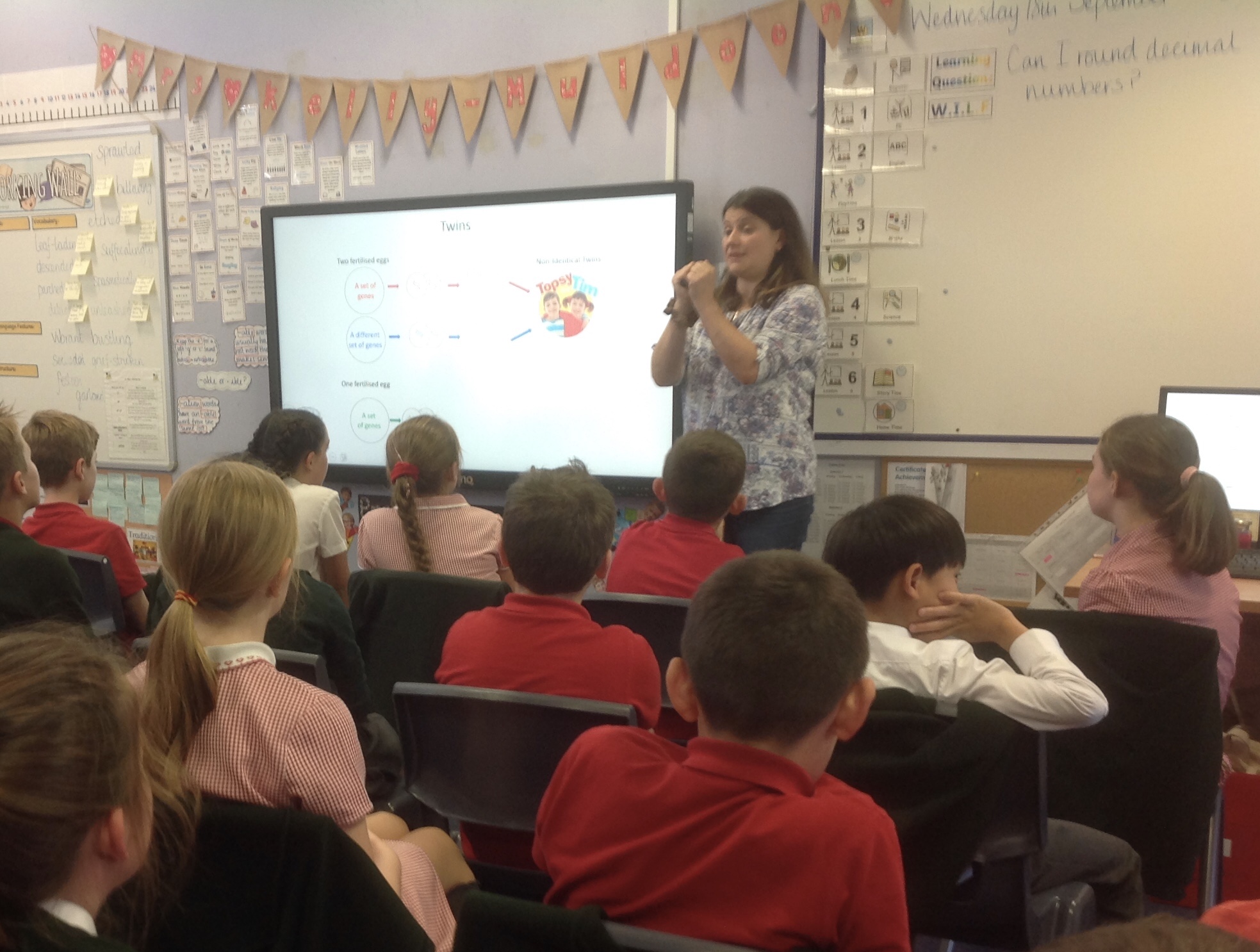 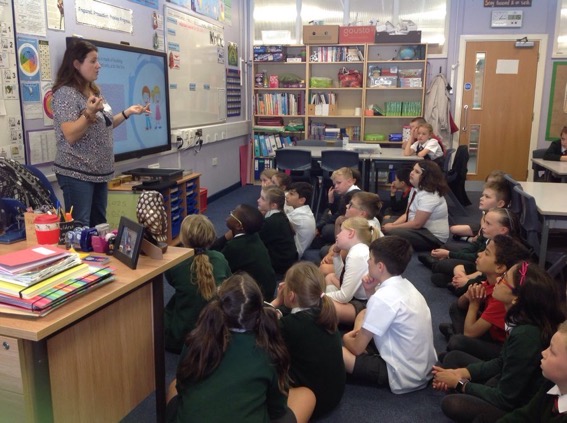 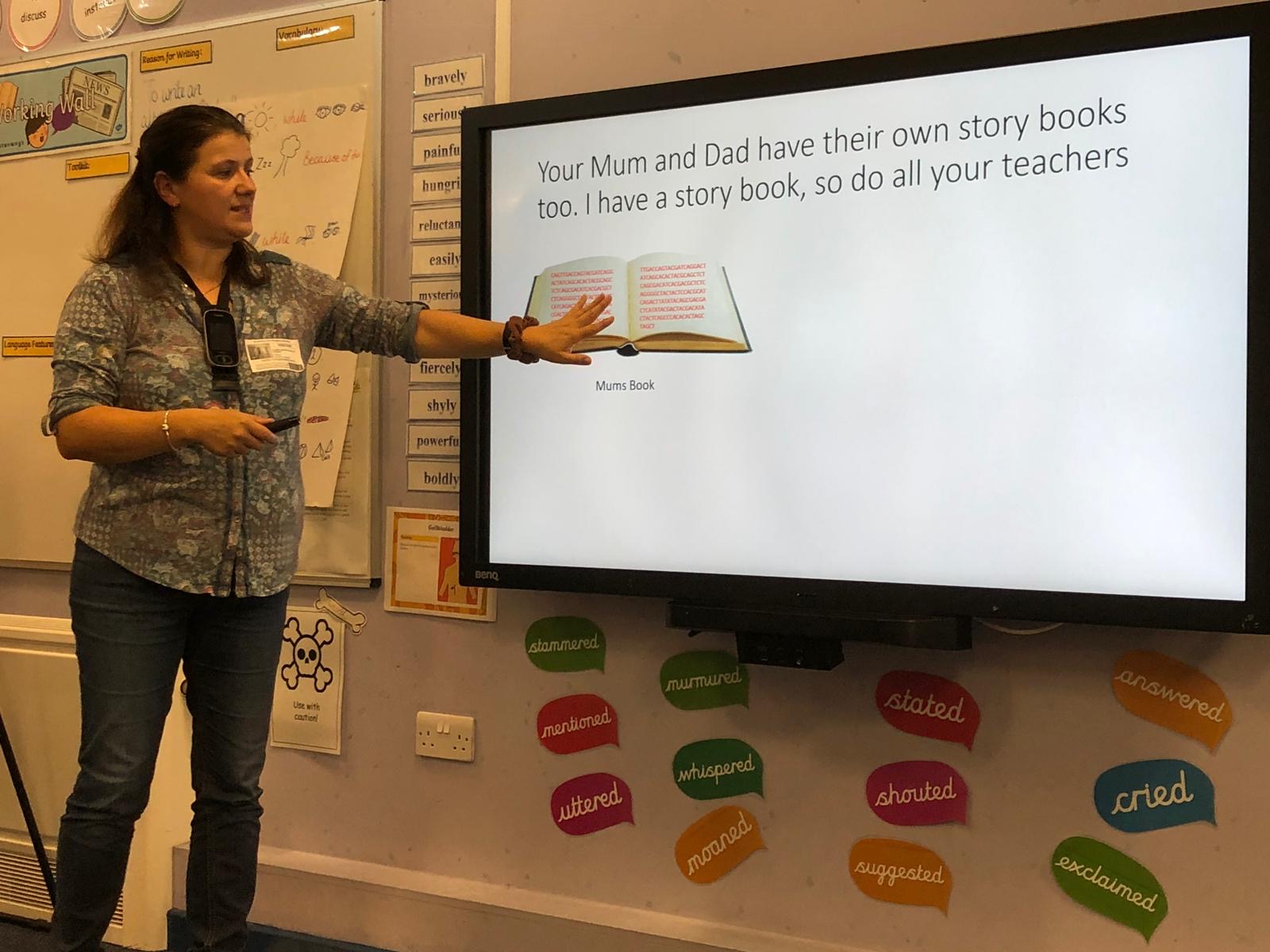 Dr Bristow-Riley approached school, wanting to work together to plan an awareness week for a Genes charity. She was extremely willing to get involved and lead session with children. She was extremely organised and efficient in the lead up to the day of her workshops. She ensured her computing equipment would work in our hall and checked content with members of staff before delivering to the children. She began the week using an assembly as the platform to her workshops. She was able to deliver a very technical message in a very child-friendly, enjoyable way. She included children in the assembly by adding an interactive element. Children were then enthused to learn more in her workshop sessions, which she ran with Year 4, 5 and 6 children. Dr Bristow-Riley was able to gauge the needs of the children in her audience and adapted her content to suit.

These are some of the testimonials from children in her assembly and workshops:

“I like learning about our story books. I didn’t know that’s why we have differences!”

“I liked telling my mum and dad about why I am taller than my sister!”

“It was interesting to learn something new.”

“It was exciting to meet a real scientist. She knew a lot about genes!” Mrs W